I had previously looked at the vacancy data for the Under Secretary for Public Affairs and Public Diplomacy. In that particular blog post, I had an estimate about when Richard Stengel would step down. Stengel had outperformed outlasted all my expectations and was in office for a total of 1,035 days and currently has the longest tenure record. 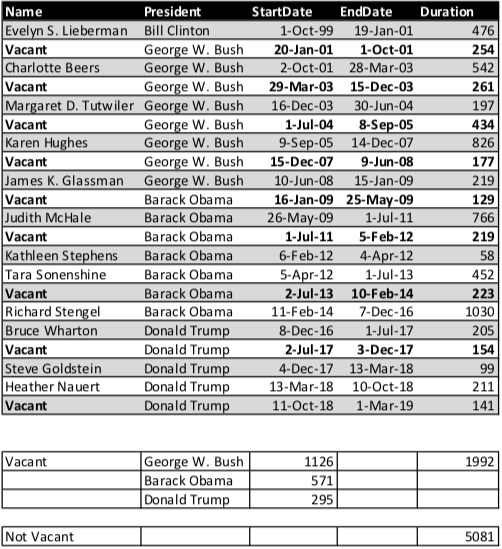 Yet, it still was not good enough. Even when we account for two acting under secretaries, we marked 1,992 days as vacant – a 296-day increase since 2014. Given the fact that the position has been vacant since last October, the number is likely to go up. Below, there is a timeline visual showing who held the title since it was created in 1999.

I will update the visual and the data when a new under secretary is appointed.