If you have been on any kind of social media platform during the last couple of weeks, you must have seen the new “Passport Index” that ranks each and every passport in the world according to their power – or according to how many visa-free travel opportunities they provide to their holder. But my own travel experience (and obsession with proper measurement techniques) make me wonder whether “visa-free travel opportunity” is a suitable way to assess the power of a passport. Is there a better way to capture the power of a passport? (Hint: The answer is yes. This is why I am writing this blog post.) 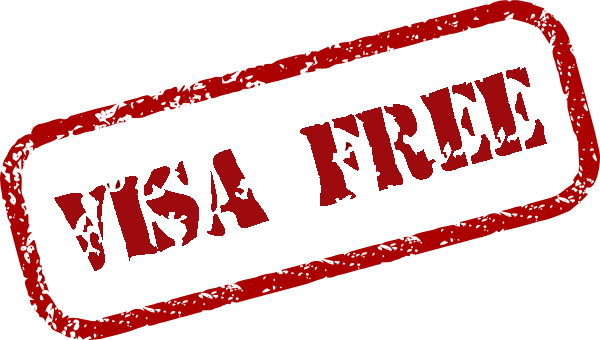 It is visa free, but do you really want to go?

For instance, my beloved Turkish passport is ranked #29, allowing me visa-free access to 108 countries! 108! Given the fact that there are 193 UN recognized countries, that is quite a good number. I should be proud of my passport. Yet I am not. Yet, I need to apply for a visa three times in the upcoming four months, costing me around at least 4 working days and around $500. One of these travels is for pleasure so I can easily change the destination. My wife and I tried to find near-by countries (i.e. not Latin America or Far East Asia) that Turks can travel without a visa. Once you cross out the countries that are (how to say this politically correctly) a little bit too lively in terms on armed conflicts, our options were quite limited. For some reason, my idea of a thrilling road trip through Syria, Iraq, and ending in Iran was not welcomed. Long story short, even though there are 108 countries that allow me a visa-free entry, I just do not want to visit one of them. Here is one variable we should introduce to passport power rank: Do I really want to go to that country?

I was able to travel visa-free once, to Colombia! I was quite excited and nervous. For the first time in my life, I was going to enter a foreign country without presenting my and my family’s bank account information to a consular officer first! I landed in Bogota, went straight to the passport control, and just presented my passport with no visa in it! I got my entry stamp and walked onwards. I wanted to share this amazing experience with my friends and colleagues. Yet, as most of them were from European countries, entering Colombia without a visa was not as impressive as I thought it would be. I was really looking forward to bragging about my awesome passport, but I couldn’t. Apparently, Colombia doesn’t require visas from 95 countries and Latin American nations do not even need a passport. I was not special, neither was my passport. So, here is another variable: Do others need a visa to go to that country?

What makes a passport powerful? Desirability and exclusivity. I should be able to travel to the countries I want to travel and others should need a visa. So, I decided to create a dataset. At first, I was quite ambitious. I created a 193×193 matrix. Soon enough, I realized a 37,000 cell dataset was a little bit above what I am willing to do for a dataset. In case somebody wants to continue my works, I am sharing the matrix here. Who knows, maybe one day, I will finish it.

I relied on secondary data. First, I used the European Visa Dataset of Mogens Hobolth from LSE. The dataset includes the visa policies of 30 countries for 199 countries, with the most recent time point being 2012. Based on this dataset, I calculated the ‘exclusivity’ of a country. For instance, Greece allows visa-free entry to 72 countries, whereas US does the same to only 39 countries. Thus, having one of these 39 passports is more ‘prestigious’.

Then, I went to the World Bank international tourism figures. I looked at the tourist arrivals in 2012 for the 30 countries whose visa policies are included in the dataset. As I was only including these 30 countries, I started calculating their percentage share in international tourism. If a place is visited by more tourists, that means there is a higher demand by international travelers. For instance, Malta gets around 1.5 million tourists where as the UK gets over 29 million. If we assume past demand also shows future trends, a person is more likely to travel to the UK than Malta thus to prefer a visa-free travel to UK.

As a third step, I created a per unit “score” for each country. I basically divided the percentage of visitors by the number of countries that did not require a visa (a very basic PageRank approach). If your passport allows you a visa-free travel to a country that has a high number of incoming tourists and that does not hand out visa waivers to any country, it gets a higher score. In other words, a visa-free travel to Syria is not deemed equal to a visa-free travel to the US. You can see my raw data and a bunch of calculations in this dataset. Below is the final ranking I found. 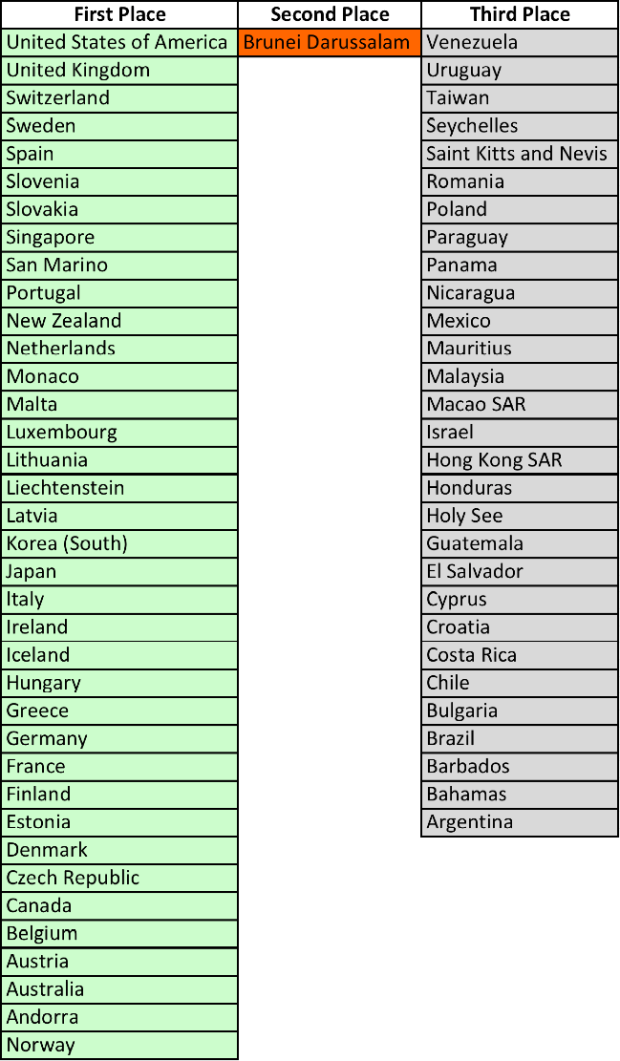 In short, a passport power should include other variables than solely visa-free travel. I argue exclusivity and desirability are two key variables. Even when the 193×193 matrix is completed, I highly doubt the “top” passports are going to change. However, I expect two findings that will better explain the difficulties of international travel for people living in developing countries:

2- We might observe a large gap between the first two of these three groups. Right now it looks like the countries are ranked back to back. But an overall calculation is likely to show that there will be a huge power gap starting around rank #40.

One thought on “Passport, Power, and Measurement: Perfect Trio”